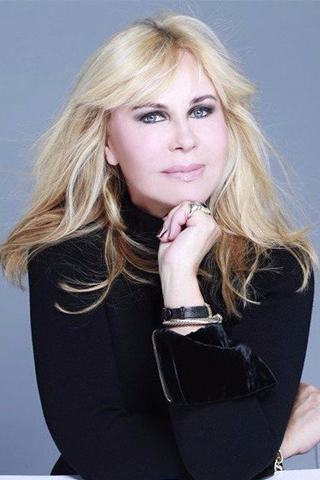 She was born in Poland, and, not unlike her mother, she does lie about her age. At 16, after becoming a “Miss Dior of Poland,” she left Warsaw for Paris, never to look back. She studied French at La Sorbonne until a series of modeling assignments took her to Canada where she contracted a chronic bout of matrimony and married for the first time. She become a Countess Ava Albanel Michel Jacques de La Sabliere and left for the U.S. The marriage to the Count was short-lived. She continued modeling in L.A. and succumbed to a second marriage to Charles Farrow, Mia Farrow’s brother. The marriage became a casualty of her full focus on modeling and acting and the utter lack of compatibility between them. At a modeling photo shoot in London, she met David Manson Weir, II, scion to the National Steel fortune, and they were married in Greenwich, CT. She commenced a life-long infatuation with the English language, her third, and studied creative writing at Columbia University in New York. They were divorced seven years later and she vowed never to marry again. New York became center stage of her single life and the start of a very successful and lucrative real estate career with Sotheby’s.

When William Donner Roosevelt, FDR’s grandson, entered her life, she was ready to welcome love again. They were married a year later and remained true soul mates and best friends for over 20 years. They both continued to work, William on Wall Street and Ava as Director of Marketing for the Fairfax Group. During their marriage, they developed many shared interests in flying, fishing, tennis, architecture, the stock market and philanthropy (the William H. Donner Foundation, the Preservation Foundation of Palm Beach, and the American Cancer Society).

Their fairy-tale life between New York, Connecticut, Florida and the Bahamas ended with Williams’s untimely death from cancer in 2004. The Racing Heart, five years in the making, provided a very welcome escape from grief and solitude and helped her overcome her loss. Today, she lives with her boyfriend, Christopher, in Connecticut and Palm Beach and has begun working on The Racing Heart’s sequel.